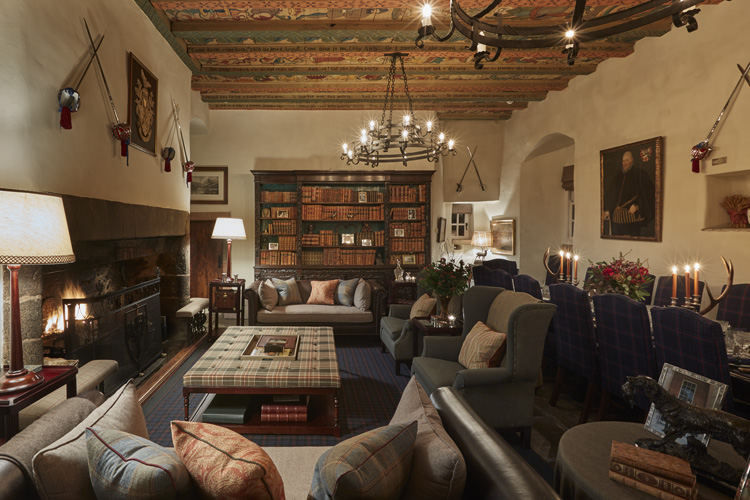 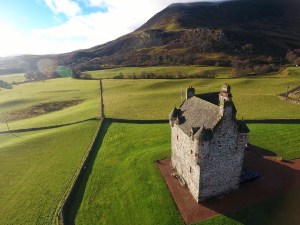 In this blog post, I want to touch on my family home in Scotland that is a truly lovely location for a UK staycation called Forter Castle. I have been working on restoring the castle since 1988 and this has constantly challenged my design studio to produce authentic interior architectural design whilst remaining sensitive to the castles rich history dating back to 1560.

The historic Scottish Castle Forter Castle, built by the Ogilvys of Airlie as a fortified house or ‘Fortalice’ in 1560, the castle fell in 1640. When you visit you will see the full tale on the beautifully painted ceiling which we commissioned with a local artisan.

This was a time of great religious tension; notably between the Ogilvy and Argyll families. Argyll was fervently protestant while the Ogilvys stubbornly refused to relinquish their Catholic faith during the reformation. In fact, for years the Ogilvys supported the Catholic Mary, Queen of Scots and then later King Charles I. In short on hearing that Charles I had created James Ogilvy, 1st Earl of Airlie and after James refused to sign the National Covenant, Forter Castle was burned down by Archibald Campbell, the 8th Earl of Argyll.

The principal reason for construction was to fortify and protect the entrance to the Balloch pass to Glenshee and the important Moneca Pass to Braemar and the North.

With my father Robert Pooley, we lovingly and painstakingly restored the castle back to its former glory from 1988 to this present day where all 21st-century creature comforts have been added whilst retaining complete authenticity with the castles original history.

For more information about the castle please do visit http://www.fortercastle.com or send an email to enquiries@fortercastle.co.uk